The purpose of the foundation is to support and develop ties between Belgium and Sweden as a tribute to the memory of Queen Astrid of Belgium. Its activity is based on donations from Consul General Karl Erik Hedborg.

The foundation (at present) distributes grants twice annually. Grants may be awarded e.g. in support of higher academic studies, research exchange, printing and translation of literary or scientific works as well as in support of art exhibitions, concerts and lectures that serve the purpose of strengthening the ties between Sweden and Belgium.

Applications to be made in accordance with the following principles (see template).

Karl-Erik Hedborg (1889 - 1988) began working for Svenska Tändsticksaktiebolaget (STAB) shortly after graduating as an MSc in Engineering. In 1920 he was appointed managing director of STAB subsidiary Union Allumettière in Belgium. He resigned in 1956 but continued his activities in support of the company and of bilateral relations between Sweden and Belgium.

Through the years 1928 - 1962 he was also Swedish Consul General in Brussels and played an important role, not least during the German occupation 1940 - 1945. His position as a diplomat of a neutral country made it possible for him to contribute significantly to the transition from German occupation to independent Belgian rule.

During most of the 20th century Karl Erik Hedborg and his wife Petra were prominent personalities in the Nordic community of Brussels, working tirelessly to strengthen the ties between Sweden and Belgium. The foundation charged with continuing this work was established on March 7 1984.

Are you planning to apply for a grant from the Petra and Karl Erik Hedborg Foundation? This is the information we need from you in order to be able to assess your application:

Your background (you are welcome to enclose a complete CV)

References (e.g. colleague, teacher, supervisor, publisher - someone who knows you and whom we can contact)

What is the purpose of your application? (describe your project, what you are planning to study etc)

How much are you applying for? (Total amount and a budget showing in detail how you plan to use the money)

Have you applied for/received other grants? From where?

How did you hear of the Hedborg Foundation?
Through the foundation's website
Through other people who know of it
In another way, viz.: 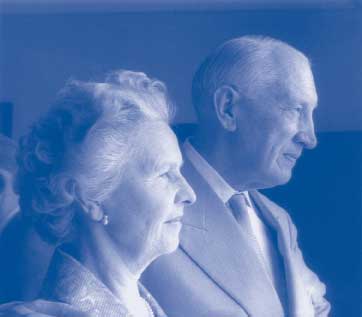